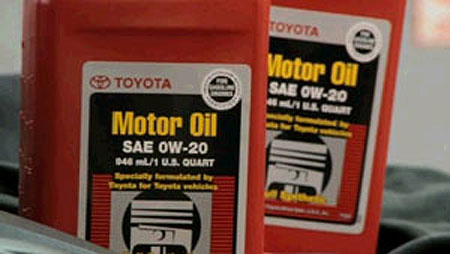 Faithfully changing your Toyota's engine oil is one of the least glamorous, but most effective steps you can take to insure that your car has a long and happy life.

One of the most important reasons oil needs to be changed is that, over time, oil breaks down due to use and exposure to heat. It becomes less effective at lubricating, which causes engine parts to rub against one another.

Motor oil also gets contaminated by substances like dust, metallic shavings and even antifreeze. And did you know that the additive package, which is part of your fully formulated motor oil, will break down in time and become a contaminant, too? As contaminants are whipped into the oil, sludge is formed. This sludge will stick to parts of the engine causing the engine to perform less efficiently. Eventually, this sludge can cause engine failure.

Bottom line replacing your engine is much more expensive than changing your Toyota's oil.

Our recommendation is to replace your engine oil and filter every 3000 miles. When performing this service, we also inspect it for any other needs that may have developed in the interim (such as leaks, etc)